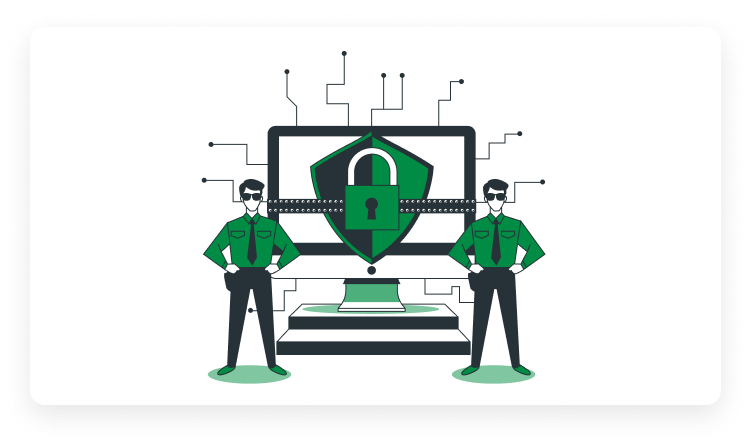 Cybersecurity refers to the safeguarding of internet-connected systems, including hardware, software, and data, from cyberthreats. Cybersecurity measures, also known as information technology (IT) security, are meant to prevent threats to networked systems and applications, whether they come from within or outside of a company.

The necessity of cybersecurity continues to expand as the number of people, devices, and programmes in the contemporary company grows, along with the rising deluge of data, most of which is sensitive or secret. The problem is exacerbated by the increasing number and complexity of cyber attackers and attack strategies.

With a rising number of data breaches each year, the global cyber threat is continually developing. According to a survey released by RiskBased Security, data breaches exposed 7.9 billion records in the first nine months of 2019. This is more than twice (112%) the amount of records disclosed in the same time period last year.

The International Data Corporation projects that global expenditure on cyber-security solutions will reach a whopping $133.7 billion by 2022, as the scope of the cyber threat continues to grow. Governments all around the world have issued recommendations to assist businesses develop strong cyber-security policies in response to the growing cyber threat.

Most hackers, in actuality, are opportunists. Small businesses are appealing targets because they have information that fraudsters desire and lack the security infrastructure that larger companies have.

Given below are strategies that small businesses can adopt to protect themselves from these cyber security threats.

Securing your system requires putting in place and executing formal security standards. Everyone should be concerned about network security since everyone who uses it might be a potential attack target. Hold workshops and seminars on recommended cybersecurity practices, such as using strong passwords, recognising and reporting suspicious emails, enabling two-factor authentication, and visiting links or downloading attachments on a regular basis.

Network security is all about preventing unwanted access to and misuse of your computer network—that is, the devices and data within your network administrator's control. One of the simplest and most crucial actions you can take is to use a strong password to restrict access to your Wi-Fi network. You'll also have to predict and defend against particular sorts of assaults, as well as internal dangers.

Antivirus software should be used and kept up to date

Make sure that antivirus and antispyware software is installed on all of your company's computers and that it is updated on a regular basis. A wide range of suppliers sell this type of software online. Patches and upgrades are released on a regular basis by all software vendors to resolve security problems and improve functionality. Set up all applications to download and install updates automatically.

Having several backups of your company's data is always a smart idea. You'll have a backup strategy in place if you ever become a victim of ransomware, a natural disaster, or another incident that prevents you from accessing your data.

It all comes down to securing cloud-based infrastructure, apps, and data. Small companies are increasingly turning to the cloud for the infrastructure they require. However, while cloud-based solutions are extremely accessible, cost-effective, and efficient, not all of them are made equal. It's critical to select cloud platforms and apps that provide the greatest level of security and have built-in protections against vulnerabilities.

How important is Customer Experience in Healthcare?
May 18, 2022
5 best alternatives to Zendesk
May 16, 2022
How to save money when subscribing to customer assistance service
May 13, 2022
5 Tips on How to Deal with Tedious and Recurring Tasks with the Help of CRM Software
May 10, 2022
Do your customers need sympathy or empathy? Know the difference
May 11, 2022
Are your products/services affordable or cheap? Know the difference
May 9, 2022
How open-source software is revolutionizing businesses in 2022
May 6, 2022
How AI can improve customer experience in B2B SaaS
May 2, 2022
How OneHash CRM increases business revenue (With Use Case Examples)
April 25, 2022
Remote work: Does business location still matter in 2022?
April 22, 2022
When does over-hiring truly become a burden for business?
April 20, 2022
How different is CRM from ERP?
April 18, 2022
How to become a Unicorn in B2B SaaS
April 15, 2022
How the Flywheel model is changing marketing strategy
April 13, 2022
How different is SEO marketing from Digital marketing?
April 11, 2022
How management information systems enhances your business
April 8, 2022
Marketing trends to implement for a successful business
April 6, 2022
Popular UX design trends to consider for your business
April 4, 2022
How social listening helps improve your business online
April 1, 2022
5 strategies for a good social media calendar for your business
March 30, 2022
6 important social media rules for your business
March 28, 2022
5 SEO trends you must implement in 2022
March 25, 2022
Why CRM is better off without Robotic Process Automation
March 23, 2022
How the PAS strategy affects lead generation
March 21, 2022
Why you should be worried about your business without CRM
March 16, 2022
How UX enhances CRM
March 14, 2022
Robots in the future will kill humanity, but not in the most obvious way
March 11, 2022
OneChat fixes all communication problems for your business
March 9, 2022
Your CRM is definitely a woman!
March 8, 2022
Dating your CRM
February 14, 2022
Alliance is the most important aspect for marketeers
February 7, 2022
5 digital marketing and sales automation ways you should know in 2022 that benefits your business!
January 17, 2022
3 Ways Sales Tools Can Help You Drive Revenue
January 4, 2022
Everything about Internet of Behaviour
January 3, 2022
Why You Should Invest in Automating Your Sales Enablement Process
December 31, 2021
Green Cloud Computing
December 30, 2021
How HTML Email Signatures Can Help You Convert More Leads
December 29, 2021
Everything about E-Waste and Its Management
December 28, 2021
Growth Hacking 101: Techniques & Strategies for Entrepreneurs
December 27, 2021
After Implementing a New CRM System, 89 per cent of Businesses See an Increase in Revenue
December 24, 2021
Everything about Cybersecurity
December 23, 2021
How to Create a Sales Proposal in Minutes with CPQ
December 22, 2021
Everything about Online Marketplace for B2B product Based Companies
December 21, 2021
How Can Your Sales Team Use SMS to Boost Sales?
December 20, 2021
Utilize Influencer Marketing to grow your Business
December 18, 2021
3 Things To Watch Out For Before Implementing A New CRM
December 17, 2021
Artificial intelligence and its impacts
December 16, 2021
No Tricks, Just Treats: 10 Ways To FlyPast Your Competitors
December 15, 2021
B2B Marketing Techniques for Accelerating Sales
December 14, 2021
8 Nightmares that Haunt Salespeople and Marketers
December 13, 2021
Promising sectors for startups and Entrepreneurs
December 11, 2021
Importance of Digital Marketing
December 9, 2021
7 Reasons to Be Thankful to Your CRM
December 7, 2021
Everything about Lifetime Deals
December 4, 2021
Importance of CRM for Small Business
December 2, 2021
What is big data?
November 30, 2021
Importance of Networking
November 27, 2021
Employee satisfaction is very Important
November 28, 2021
What’s the difference between copywriting and content marketing
November 23, 2021
Women in Business
November 20, 2021
Pitch Deck Tips and Tricks
November 18, 2021
Entrepreneurship trends among Youth
November 16, 2021
Blog Marketing - How to go about it?
November 13, 2021
Startup Marketing
November 11, 2021
Startup myths and misconception
November 9, 2021
Digitalization is the future
November 2, 2021
Advantages of SaaS
October 28, 2021
Importance of Email Marketing
October 26, 2021
10 essential tips to save your startup from failing!
October 20, 2021
How to improve Customer Relationship
October 18, 2021
What is CRM & Who requires CRM the most
August 16, 2021