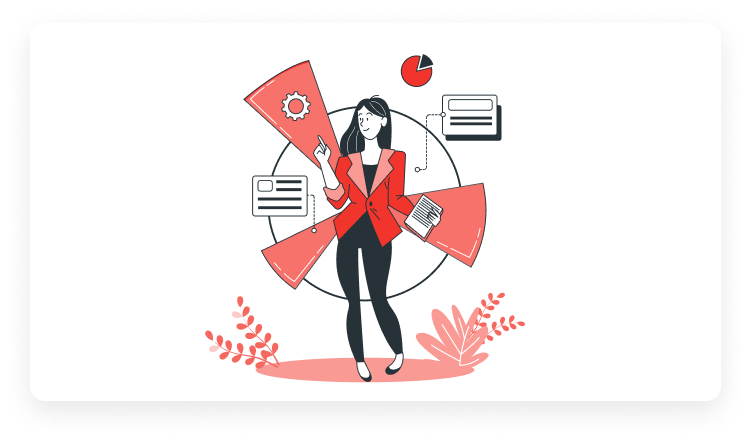 When we talk about the entrepreneurship culture that is prevailing all around the world, we often overlook the contribution of women in this field.

Women entrepreneurs operate more than a third of all business enterprises in the world. There has been a surge in women's entrepreneurship as a result of economic progress, improved access to education, urbanization, the spread of liberal and democratic culture, and societal recognition. Women entrepreneurs have gradually but surely emerged as successful entrepreneurs throughout the world, gaining numerous honors in the process.

Women were not allowed to vote in the early days of patriarchy, therefore it is safe to say that we have come a long way in giving women a positive role in society. In terms of education and opportunity, women have progressed at a breakneck pace. Today, we witness a large number of women accomplishing things that might be considered milestones for humanity.

It would be difficult to include the names of every strong, accomplished woman, but we can choose a few that stand out:

For the past 12 years, Indra Krishnamurthy Nooyi has served as the chairman and CEO of PepsiCo. Nooyi, an Indian-born American CEO, was placed No. 4 on Forbes magazine's annual list of the world's 100 most influential women. She is now a member of the Amazon Board of Directors. She was also named CNN-IBN Indian of the Year Global Indian and received the Padma Bhushan honor.

Gina Hope Hancock is a rich Australian entrepreneur and the chairperson of Hancock and Prospecting, which is expanding rapidly. For your knowledge, her father, Lang Hancock, created the corporation, and she was in charge of her late father's bankrupt estate, which she remade into something grander. Her net worth is USD 14.5 billion, making her Australia's wealthiest person and the world's 75th billionaire. According to Forbes 2019, she is the 36th most powerful woman in the world.

Is the alumni of a prominent business school - Harvard University. Since she joined the board of directors, Facebook's user base has grown by more than tenfold, to around 11% of the global population, and the corporation is on track to make a huge profit. She is the world's 29th most powerful woman, according to Forbes, with a real-time net worth of $1.6 billion.

These are only a handful of the most well-known figures from whom we might draw inspiration. At the same time, there are women working across the country who have surmounted insurmountable obstacles to achieve top positions and become role models for enthusiastic students.

Female-owned businesses are continuously increasing over the world, contributing to household income and national economic progress. Around the world, female entrepreneurs contribute significantly to economic growth and poverty reduction. Women-owned businesses in the United States, for example, are growing at more than double the rate of all other businesses, contributing roughly $3 trillion to the economy and directly employing 23 million people. Female entrepreneurship is also on the increase in developing nations, with an estimated 8 million to 10 million formal small and medium firms (SMEs) having at least one female owner.

As a result, the days of women being confined to their homes or working in occupations that were stereotypically associated with women, such as teaching, are long gone. Women are flourishing and performing remarkably well in every discipline, including art and culture, information technology, and especially business!

5 Ways Marketing Automation Can Benefit Your Business
5 Reasons Why Enterprise Resource Planning (ERP) Software Is A Blessing For Your Business
The Most Awaited Integration is Finally Happening: OneHash x Pabbly Connect
Importance Of CRM To Automate Your Sales And Bring More Revenue
4 Ways How CRM Software Can Boost Your Business Growth
October 18, 2022

Email Sales
Email Support
Help Docs
Contact
Escalation Process
Customer Service Support
License Notice & Copyright Disclaimer
OneCRM (by OneHash) is fork of & built over the top of ERPNext. ERPNext is a free software: you can redistribute it and/or modify it under the terms of the GNU General Public License as published by the Free Software Foundation, either version 3 of the License, or (at your option) any later version. The support documentation of OneCRM (by OneHash) is © Frappe Technologies Content licensed under CC-BY-SA 3.0
Share: